How the ‘great central bank unwind’ could ignite the next financial crisis.

How the ‘great central bank unwind’ could ignite the next financial crisis.

As the Federal Reserve prepares to begin paring the size of its $4.5 trillion balance sheet next month, analysts at Deutsche Bank this week warned that what they have dubbed the “great central bank unwind” is one of several candidates for creating the next financial crisis. 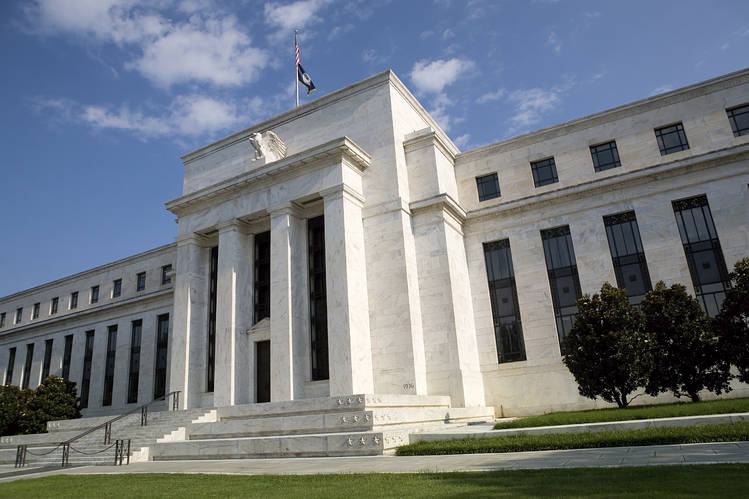 “When looking for the next financial crisis, it’s hard to escape from the fact that we’re seemingly in the early stages of the ‘great unwind’ of global monetary stimulus at the same time as global debt remains at all-time highs following an increase over the past decade—at the government level at least—which has been unparalleled in peacetime history,” wrote strategists led by Jim Reid in an 88-page study entitled, “The Next Financial Crisis.”

The wide-ranging report examines other potential sparks for the next financial cataclysm, including political turmoil in Italy, a potential “China crisis,” the rise of populism and the impact of Britain’s formal exit from the European Union.

As for the unwind, the Fed, as expected, formally announced it would begin the slow wind-down of its balance sheet in October. The balance sheet grew to gigantic proportions as a result of an aggressive asset-buying program designed to push down long-term interest rates, push investors into riskier assets, spur investment and underpin a then-crisis-stricken economy.

The Fed ended its bond-buying in 2014, but maintained the size of its balance sheet by reinvesting proceeds as Treasurys and mortgage-backed securities matured. Now, the Fed is prepared to slowly let those assets work themselves off the balance sheet—a prospect that has done little to unsettle the markets.

But the Deutsche Bank strategists wondered if investors have simply become blasé about the size of central-bank balance sheets and the scope of the effective money printing the so-called quantitative-easing programs have entailed. The ECB continues to add assets to its balance sheet, a process that is expected to downshift next year. The Bank of Japan is also engaged in extraordinary stimulus efforts and the Bank of England maintains a hefty asset portfolio as a result of its own earlier QE initiative.

“You slowly become anchored to believe the current situation is normal as it’s persisted for so long now,” they wrote. “However it’s anything but normal. Since the financial crisis, $10 trillion plus has been added to the balance sheets of the four largest central banks with over $14 trillion of assets now owned.”

The analysts pointed to the charts below, showing the real adjusted balance-sheet size of the four largest developed market central banks through history.

The analysts argue that it’s more than a monetary phenomenon. Throwing in the cumulative government budget deficits of the U.S., U.K., Japan and the eurozone since the 2008, they come up with total combined QE and fiscal-stimulus sum of $34 trillion.

“In the end, $34 trillion of stimulus and QE has delivered only very low growth, subdued inflation and sky-high asset prices around the globe,” they wrote. “This is unprecedented territory and how can anyone estimate what the fallout will be when we normalize again?”

Indeed, Fed skeptics question how central banks can undo stimulus without creating headwinds for financial markets. If the goal of QE was to drive up bond prices and drive down long-term yields, why wouldn’t an unwind put upward pressure on yields. Bond prices and yields move in opposite directions. Observers who believe that low yields offered investors desperate for returns no choice but to pile into stocks and other assets perceived as risky wonder whether the market is due for a comeuppance.

They argue that the rise in global equities, which has seen the S&P 500 SPX, -0.30%advance around 270% over the course of the bull market that began in 2009, can be attributed in part to QE.

Others question whether QE had a lasting effect on yields and asset prices. They argue that the bulk of the gains in the stock market in recent years can be attributed to low interest rates, slow but steady growth and strong corporate profits. Also, the size of the balance sheet has shrunk relative to the economy and total debt.

Read: Why the bond market isn’t freaking out about the Fed’s shift to quantitative tightening

The Deutsche Bank strategists, meanwhile, argue that aggressive money printing by major central banks has “obviously” been a response to the huge rise in the debt burden since the financial crisis. Government debt has continued to climb but yields have fallen due to QE.

As a result, the ratio of Group of Seven government debt to gross domestic product is now at a peacetime peak, while interest rates within the past year have hit multi-century, all-time lows. In fact, both base rates and long-term yields across a swath of the world have fallen into negative territory.

The strategists argue that when thinking about the possible causes of the next financial crisis, it would pay to consider “that we are at a unique point in time with regards to the relationship between debt, interest rates and central bank balance sheets,” they wrote.

That means the unwind of QE is a “journey into the unknown and history would suggest there will be substantial consequences of the move especially given the elevated level of many global asset prices,” the strategists said.

Even if the unwind stalls or the economy unexpectedly weakens “we will still be left with an unprecedented global situation and one which makes finance inherently unstable even if we are currently living in the lowest volatility markets on record.”